My favorite month!  Actually, at the end of August I stopped in Michael's and got some autumn decorations.  I couldn't wait.  September is the month I can have all the windows open and there's actually a wonderful breeze coming in.  B is looking to start making soup in the crock pot and Halloween is next month!

W was all ready to register for basketball, when he said he might want to try MMA (Mixed Martial Arts) instead.  So, I found a great place with a great reputation.  We went down for a free trial.  The first day was a consultation to see what W's fitness level was like.  He did a circuit of rowing machine, sit-ups, pull-ups, bench pressing, and jumping onto this huge tire.  Bottom line - he's incredibly strong with great form.  They said to try both the kids and the teen/adult MMA classes to see which would be a better fit.  Being 12, W is right on the outskirts of both age groups. The kids class was ok.  There were kids of all ages, including several 12 & 13 y/os.  He did fine.  Then he tried the teen/adult class to see which he prefers.  The older group is much more skilled and focused and I think that's what W needs.  It was a Muay Thai class (a form of kickboxing).  After warming up, they immediately went into sparring and combat.  W seemed to take to it pretty well and would like to continue. The owner of the gym and 2 teachers agreed that he would do better in the older class.  He now goes 3x a week.  We just got him his own hand wraps and boxing gloves.  I'd love to see where this takes him.

We started 7th grade this month.  Saxon 7/6 we're almost done with - probably finishing up by the end of October.  Lightning Lit 7 is a hit so far.  W loved Rikki Tikki Tavi and enjoyed the literary discussion about it.  We watched the cartoon on YouTube, too.  Now we're reading Tom Sawyer.  He still does narrations and I ask questions, so I know he gets it.  I do worry about the dyslexia, but so far it hasn't been too much of an issue.  I am noticing it more lately, though.  When he reads, he gets so physically exhausted in such a short amount of time.  I read that children with visual dyslexia and visual processing disorder exert so much more energy getting their brain to translate what they're seeing - no wonder he gets tired.  I am so thankful that we live in the 21st century with things like audio books, digital recorders, spell check, etc.  Even though he reads and writes every day, I'm glad those things exist to help him in the future.

The K12 Human Odyssey for history is just continuing from last year.  We're still learning more about Sumeria. The new geography program is great, too, so far.  It's a fun read.  A lot of the stuff we're learning can be reinforced with a few field trips, too.  And we're moving along nicely with Apologia General Science.  We did a few experiments this month and learned about experimental variables, surface tension, control groups, placebos, and blind and double-blind studies.   Here are pictures from our experiments:

We visited the Sony Wonder Technology Lab a couple of weeks ago.  We haven't been there in a few years so it was all new again - they also had a huge renovation since we'd been there last.  W created cartoon characters, programmed a robot car, performed virtual open heart surgery, and played some cool PlayStation games. 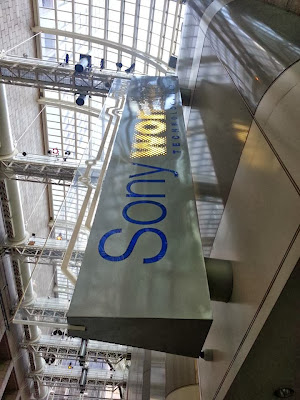 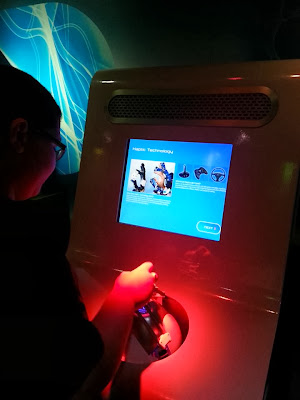 J is now a senior at LaGuardia Arts!  She is taking English, Government, and Math, and 2 double periods (4 classes) per day of dance.  This semester includes: Classical Ballet, Modern (Horton), Modern (Graham), and Career Management.  This is going to be a crazy year filled with performances, applications, auditions, prom, and graduation.